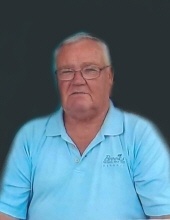 Scrub Wagenaar, age 69, of Archer who passed away on Thursday, December 2, 2021, in Mesa, Arizona. His Memorial Service will be held at 2:00 P.M. on Saturday, December 11, 2021, at the Archer Reformed Church in Archer with Pastor Jacob Sandholm ~ officiating.

The Visitation for Scrub Wagenaar on Friday, December 10, 2021, has been cancelled due to the weather. His visitation with family present will be from 12:00 noon – 1:30pm on Saturday, December 11, 2021 at the Archer Reformed Church in Archer.


IN LOVING MEMORY OF
SCRUB WAGENAAR

MUSIC
C.D. “One of the Good Ones” by Gabby Barrett
C.D. “See You Again” Carrie Underwood

HONORARY PALLBEARERS
All of his Golf Buddies

Flag Presentation
Chateau-Thierry Post of the
American Legion of Primghar.

Everyone is invited to join the family
in the fellowship hall of the
United Methodist Church in Archer, Iowa.

Kenneth Wayne “Scrub” Wagenaar the son of Michael and Mabel (DeBruyn) Wagenaar was born March 13, 1952 in Sheldon, Iowa. He attended country and Archer schools. On January 25, 1971 he entered the United States Army where he continued his education and received his GED. He was discharged from the Army on November 2, 1972 and continued as a reservist until January 24, 1977. On July 2, 1977, he was united in marriage to Diann Hoffman at the St. Cecilia’s Catholic Church in Sanborn, Iowa. After their marriage the couple settled in Archer. He helped his Dad farm the family farm and later farmed for LeRoy and Jim Thornton. He drove truck for American Freight Line and worked at the Sheldon Co-op Elevator and for his brother, Hank in his business. For the last 23 years before his retirement, he was employed by the O’Brien County Secondary roads working out of the Archer shop. He retired at the age of 62. He remained in Archer and spent his winters in Mesa, Arizona. He passed away in Mesa on Thursday, December 2, 2021 reaching the age of 69 years, eight months and nineteen days.
Scrub enjoyed spending time with his children and grandchildren, coaching his son in junior high baseball and basketball. In his younger years he played 2nd base for the Archer Eagles softball team. He was very proud of his military service and was always willing to help a veteran. He really enjoyed playing golf at the many courses in northwest Iowa and in Mesa, Arizona.
He leaves to cherish his memory his wife, Diann of Archer, Iowa a daughter, Lisa (Dennis) Schwarz of Ashton, Iowa and a son, Ben Wagenaar of Spirit Lake, Iowa; grandchildren, Bryce and Nolan Fisher, Lilly Wagenaar; a step granddaughter, Megan Schwarz, two great grandchildren, Camila Fisher and Sky Schwarz; his brothers, and sisters, Fred Wagenaar of Ames, Iowa, Jerry (Renee) Wagenaar of Paullina, Iowa, Don (Dee) Wagenaar of Archer, Iowa, Marge Langemeyer of Ripon, California, Jackie and Karen Wagenaar of rural Sheldon, Iowa and Judy (Bob) Kruse of Sheldon, Iowa; a sister-in-law, Mary Wagenaar of Sheldon, Iowa also other relatives and many friends.
Scrub was preceded in death by his parents and two brothers, Henry and James Wagenaar, a sister-in-law, Diane Wagenaar.
To order memorial trees or send flowers to the family in memory of Scrub Wagenaar, please visit our flower store.