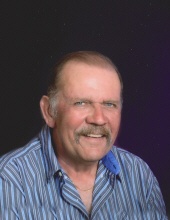 Steve Winkel, age 67, of Ashton, Iowa passed away on Sunday, May 16, 2021 at his residence in Ashton, Iowa. A Private Family Service will be Thursday, May 20, 2021 at the Vander Ploeg Funeral Home in Sheldon, Iowa with Pastor Ken Carlson ~ officiating. A Celebration of Life will be held from 1:00-3:00pm on Saturday, May 22, 2021 at the Sibley VFW Hall in Sibley, Iowa.

Burial will be in St. Mary’s Catholic Cemetery in Ashton, Iowa at a later date.

There will be No Public Visitation

STEVEN KENT WINKEL
Steven (Wink) Winkel, son of John Russell and Bertha (Boyd) Winkel, was born December 25, 1953 in Sibley, Iowa. He grew up on a farm east of Ashton, Iowa and attended school in Sibley and graduated from Sibley High School in 1972. Steve was united in marriage to Kay Seivert on December 22, 1975 in Sibley, Iowa. Steve had worked for the Ashton Elevator for 25 years, AGP in Sheldon, Roetzel Trucking of Ashton and for the past 18 years he drove truck for Caledonia Haulers out of Caledonia, Minnesota. He passed away May 16, 2021 at his residence in Ashton, reaching the age of 67 years, 4 months and 21 days.
Steve grew up a member of the United Methodist Church and had attended St. Mary’s Catholic Church in Ashton with his wife. He was a member of Fraternal Order of the Eagles of Sheldon #2297 and the Eagle Riders; he had been on the Ashton Fire Department for 14 years. Steve enjoyed fishing, golfing, bowling (and at age 16 he had won his 1st bowling tournament) and enjoyed riding his Harley.
Steve is survived by his wife of 46 years, Kay; their 2 sons, Rod (Tracy) Winkel of Sheldon, Iowa; Troy (Paula) Winkel of Ashton, Iowa; 5 grandchildren, Brandon, Alexa “Lexi” Winkel, Adrians, Amelia “Flo” and Braiden Winkel; sisters-in-law and a brother-in-law, Kathy (Gary) Feuerstein of Sheldon, Iowa; Karen (Mike) Richter of Orange City, Iowa; Ken (Janet) Seivert of Sheldon, Iowa; and Karla (Rob) Imhoff of Ashton, Iowa; nephews, Jed (Karey) Winkel of Spirit Lake, Iowa; Brian (Kerry) Winkel of Waterloo, Iowa and Nathan (Laura) Winkel of Iowa City, Iowa and many other nieces, nephews, relatives and friends.
He was preceded in death by his parents, a sister in infancy, a brother, Doug Winkel, and two sisters-in-law, Rosie Winkel and Nancy Van Bruggen.
To order memorial trees or send flowers to the family in memory of Steve Winkel, please visit our flower store.