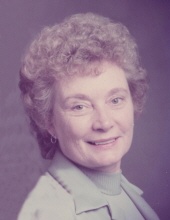 Susan A. Kahoun, age 93, of Sheldon, Iowa passed away on Wednesday, April 6, 2022, at the Sanford Sheldon Senior Care in Sheldon, Iowa. Her Memorial Service will be at 11:00 A.M. on Saturday, May 7, 2022 at St. Patrick Catholic Church in Sheldon, Iowa with Fr. Siby Punnoose ~ officiating.

Burial with a Private Graveside Service will be in the St. Patrick Catholic Cemetery in Sheldon, Iowa

Visitation with the family present will be at 10:00 A.M. until the time of service on Saturday, May 7, 2022 at St. Patrick Catholic Church in Sheldon, Iowa.

IN LOVING MEMORY OF
SUSAN A. KAHOUN

CONGREGATIONAL HYMNS
“On Eagle’s Wings”
“Come to Me”
“You Are Mine”
“Song of Farewell”
“Glory and Praise to Our God”
Cantor: Tyler Youngers
Organist: Toni Bart


Arrangements are under the care of the
Vander Ploeg Funeral Home; Sheldon, Iowa.

Susan Ann Kahoun, the daughter of Elton F. Fosnaugh and Lillian M. (Solberg) Fosnaugh was born March 31, 1929 in Sioux City, Iowa, where she attended school and graduated from Central High School. She continued her education at the University of Iowa and Morningside College.
On September 2, 1950 at Blessed Sacrament Church in Sioux City, Susan was united in marriage to Charles W. Kahoun. Chuck and Sue lived in San Diego, California, Sioux City, Luverne, Minnesota and for many years in Sheldon, Iowa. They spent some time in the winter in Arizona or Texas and some time in the summer at Reel ‘em Inn Lodge in Canada or Girl Lake in Minnesota.
Susan was a homemaker and also did bookkeeping for their business ventures. She was a member of St. Patrick Catholic Church in Sheldon. She enjoyed fishing, golfing, traveling and spending time with her family and friends. Charles passed away on January 9, 1995.
On October 5, 1996, Susan married Donald R. Pielow in Clear Lake, Minnesota. She was happy to join Don’s family which included one daughter, four sons and their wives and his grandchildren. Don and Sue lived in Texas and Minnesota. Donald died February 17, 2022.
Susan became a resident of Sanford Sheldon Senior Care on March 3, 2022 and lived there until her death on April 6, 2022, reaching the age of 93 years and 6 days.
Susan is survived by two daughters, Carol and her husband, Ray Schwebach of Sheldon and Mary Kahoun of Denver, Colorado; three grandchildren, Laurie and her husband, Tom Ulses of Muscatine, Iowa, Julie Schwebach of Gilbertville, Iowa and Greg and his wife, Molly Schwebach of Middleton, Wisconsin; eight great-grandchildren, Brock Ulses and fiancée, Alexia Gruhn, Miranda, Reed and Trey Ulses; Cole and Callista Thome; Greta and Marta Schwebach; and her brother, Elton Fosnaugh of Arvada, Colorado, as well as many other friends and relatives.
Susan was preceded in death by her two husbands, her parents, two sisters, Patricia and her husband, Ralph Will and Nancy and her husband, Bob Rice and Charles’ sister, Jeanette and her husband, Kenny Goebel.

To order memorial trees or send flowers to the family in memory of Susan Ann Kahoun, please visit our flower store.