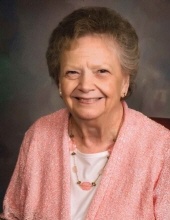 Susan M. Sedore
Paullina, Iowa
Services for Susan M. Sedore, age 77, of Paullina who passed away on Thursday, August 6, 2020 at Sanford Sheldon Senior Care. Her memorial service will be held at 2:00 P.M. on Sunday, August 9, 2020 at the Eldridge Family Funeral Home in Paullina with Rev. Jonathon Caldwell ~ officiating.
Burial will be at a later date at the Prairie View Cemetery in Paullina.
There will be no visitation.
Social distancing guidelines will be practiced.

SUSAN M. SEDORE
Susan Marie Richards was born in her grandparents farmhouse near Arispe, Iowa on June 5, 1943 to Howard and Blanche Lucille (Hammans) Richards. Susan attended and graduated from Laurens Community High School in 1961. She continued her education and graduated from Bernel Hair Styling College in Fort Dodge in 1962. Susan married Robert Joel Alborn on September 9, 1962. Their union was blessed with three daughters: Tami (Glen) Scholten, Bobbi Jo (Kevin) Massmann and Becki (Keith) Enger. The family lived in Laurens until 1973, when they moved to Paullina. Bob and Sue divorced in 1985. On November 7, 1986, Susan married Fred Sedore. He died April 26, 1994 from a heart attack. Susan worked as beautician for 10 years. After moving to Paullina, she served as an insurance agent for 40 years.
In 2013, Susan moved to Sanborn and in 2014, she moved in with her daughter Becki and son-in-law to help care for her daughter. While recovering from a fall and subsequent broken bone Susan moved into the Prairie View Nursing Home in Sanborn for physical therapy in the fall of 2016. While recovering Susan’s daughter Becki died. Susan remained a resident in Sanborn until February 2020, at which time she relocated to Sanford Senior Care in Sheldon. Susan died on Thursday, August 6, 2020 at Senior Care at the age of 77.
Susan is survived by her first husband, Bob Alborn of Ida Grove, her daughters and sons-in-law, Tami (Glen) Scholten of Hull and Bobbie Jo (Kevin) Massmann of Paullina; two sons-in-law, Cory Hurtig of Hartley and Keith Enger of Sanborn; her grandchildren, Jon (Bethany) Scholten, Kait (Matt) Schultze all of Hull, Sam Scholten and his finance, Heather Schouten of Orange City, Megan (Colton) Gable of Hartley, Nick (Kylee) Massmann and Anthony Massmann all of Paullina, Derek (Sarah) Hurtig and Justin (Jenna) Hurtig all of Paullina; 16 great grandchildren and a sister, Mary Thompson of Laurens, also other relatives and friends.
She was preceded in death by her daughter, Becki Enger, second husband, Fred Sedore, her parents, a brother, James Richards, a sister, Carol Henisch and brother-in-law, Keith Thompson.
To order memorial trees or send flowers to the family in memory of Susan M. Sedore, please visit our flower store.