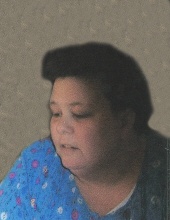 Tonya Lynn Harsh age 46 of Sheldon, Iowa who passed away on October 25, 2020, at the Sanford Sheldon Medical Center in Sheldon, Iowa. Her Celebration of Life will be on Friday, November 13, 2020 from 2:00-4:00pm at the Vander Ploeg Funeral Home in Sheldon, Iowa.

Arrangements are under the care of the Vander Ploeg Funeral Home in Sheldon, Iowa
Online condolences may be sent to www.vanderploegfunerals.com

Tonya Lynn Harsh was born June 13, 1974 in Iowa City, Iowa to Richard Dean and Linda Marie (Dawson) Harsh. She grew-up in the Newton, Iowa area where she attended school. Tonya had worked at the Heritage Manor Nursing Home in Newton. She moved to Sheldon several years ago to be with Mark. Tonya passed away on Sunday, October 25, 2020 at the Sanford Sheldon Medical Center in Sheldon, Iowa, reaching the age of 46 years, 4 months and 12 days.
She enjoyed painting, building and painting bird houses, scrapbooking, playing games (on the internet), Morning Glories, collecting angels, fairies, dragons and watching the Baltimore Ravens. Tonya was very close to her twin brother, Timmy.
Tonya is survived by her special friend, Mark Wilson of Sheldon; 2 sons, Logan Owens and Devin Harsh both of Newton; a sister, Missy Sikes of Newton and a brother, Richard Dean Harsh of Nevada, Iowa and other relatives and friends.
She was preceded in death by her parents, an infant daughter, and her twin brother, Timmy.
To order memorial trees or send flowers to the family in memory of Tonya Lynn Harsh, please visit our flower store.