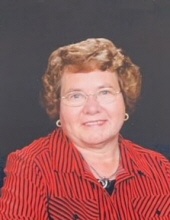 Funeral services for Wanda E. Kooima, age 73, of Sheldon who passed away on Tuesday, August 16, 2022, at Valley Baptist Medical Center in Harlingen, Texas. Her funeral service will be at 10:30 A.M. on Monday, August 22, 2022, at First Reformed Church in Sheldon with Pastor Paul Van Maaren ~ officiating.

After today’s graveside service the family invites family and friends to join them in the fellowship hall of the church.

Wanda Elaine Kooima, the daughter of Lane and Jennie (Kiel) Klarenbeek was born in Rock Rapids, Iowa. She grew up on a farm by Alvord, IA. Wanda attended and graduated from West Lyon School. She married Ronald Kooima on March 14, 1969, in Rock Rapids, Iowa, A month after their marriage Ron left for Vietnam, so while Ron was in Vietnam, she lived with her parents and worked at Lewis Drug in Sioux Falls until he returned. They lived in Rock Valley until September of 1972 when they moved to their home in Sheldon. She started babysitting and did in home daycare for 43 years and babysat hundreds of children. Wanda passed away on Tuesday, August 16, 2022, at Valley Baptist Medical Center in Harlingen, Texas reaching the age of 73 years, 11 months, and 27 days.

Wanda was a long-time member of First Reformed Church in Sheldon. Wanda loved spending time with her family and attending their extra-curricular activities. She was well known with the daycare kids for her homemade applesauce and spaghetti. She enjoyed gardening and tending to her flowers; By looking at her yard you could see what kind of green thumb she had. Wanda and Ron enjoyed country western dancing as they traveled all over to judge competitions as well as teaching dancing to couples. She also enjoyed cooking, baking, and sewing. Ron and Wanda enjoyed camping together and spent seven years wintering in Texas. She was on the Mission Bell Church Board, was in a bible study group, sewed for Toys 4 Tots, and volunteered around the park.

Left to cherish her memory are her husband of 53 years, Ron; two daughters, Sheila (Robert) Riedemann of Hartley, Iowa and their children, Niel, Jennie and Jessica and Vicki (Jamie) Koele of Boyden, Iowa and their children Reece and Brooklyn. She is also survived by two brothers, Larry (Sandy) Klarenbeek of Spearfish, South Dakota and Stan Klarenbeek of Eudora, Kansas; two brothers-in-law, Ken (Eileen) Kooima of Rock Valley, IA and Jim Riley of Tucson, Arizona. Along with nieces and nephews and all the daycare kids she cared for.

Wanda was preceded in death by her parents, in-laws, Paul and Jennie Kooima, and sister-in-law, Wanda Riley.

To order memorial trees or send flowers to the family in memory of Wanda E. Kooima, please visit our flower store.