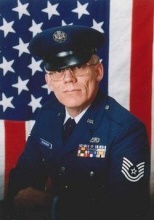 After the graveside service, relatives and friends are invited to join
the family in the fellowship hall of the church.

WILLIAM JUNIOR Zeke NIEUWENDORP
William Junior Zeke Nieuwendorp, the son of William and Alida (Van Bruggen) Nieuwendorp, was born on May 3, 1947 in Hull, Iowa. He grew up near Matlock, Iowa. He attended school in Matlock and Sheldon, Iowa. Bill also attended Northwest Iowa Community College receiving a Diploma in Production Welding. Bill joined the Sioux Falls Air National Guard when he was 17 and served in the Guard for 21 years, retiring as a Technical Staff Sergeant. On December 19, 1969, he was united in marriage to Margery Korthals in the Ebenezer Presbyterian ChurchinGeorge, Iowa. The couple made their home on Bills family farm where they farmed for several years. Bill then drove truck for several different companies in the area finally retiring from JT Trucking in 2014 and moving to Sheldon, IA. Bill passed away at the Sanford Sheldon Medical Center on Monday, August 7, 2017 reaching the age of 70 years, 3 months and 4 days.
Bill was a member of Parkview Assembly of God church in Sheldon. He enjoyed visiting with people, eating good food, and telling jokes.
Those left to cherish Bills memory are his wife of 47 years, Margery and their 3 daughters and their spouses: Shelley (Dave) Hoogers of Sheldon, IA; Dawn (Dan) Seivert of Sheldon, IA; Billie (Jeremy) Gatton of Sherburn, MN; 6 grandchildren, Grace and Rose Hoogers; Collin and Allie Seivert; MiKayla and Emma Gatton; his father-in-law, Alfred Korthals of George, IA; 3 sisters, Eleanor Poppema of Sheldon, IA; Wilma and her husband, Jim Blankespoor of Doon, IA and Marilyn and her husband, Henrich Kraayenbrink of Sioux Center, IA; along with other nieces, nephews, relatives and friends.
He was preceded in death by his parents and a sister, Joan Bruns.

God saw you getting tired

When a cure was not to be,

He closed his arms around you

and whispered, Come to me.

In tears we saw you sinking,

We watched you fade away.

Our hearts were almost broken,

you fought so hard to stay.

But when we saw you sleeping,

so peacefully, free from pain,

We would not wish you back,

to suffer that again.

So treasure him, Lord,

in your Garden of Rest,

For here on earth,

he was one of the best.
To order memorial trees or send flowers to the family in memory of William 'Zeke' J. Nieuwendorp, please visit our flower store.