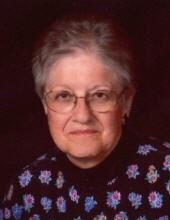 Services for Wilma M. Ransom, age 86, of Sheldon who passed away at Oaklawn Health Care Center in Mankato, Minnesota. Her funeral service will be at 1:00 P.M. on Saturday, October 1, 2022, at St. Paul Lutheran Church in Sheldon with Rev. Daniel Baker ~ officiating.

Wilma's service will be livestreamed at https://www.facebook.com/SheldonStPaulLutheranChurch

Visitation with family present will be from 12 (noon) until service time on Saturday, October 1, 2022, at St. Paul Lutheran Church in Sheldon.

In lieu of flowers, memorials may be directed to St. Paul Lutheran Church in Sheldon or to a charitable organization of your choice.

“I Was There To Hear Your Borning Cry”

“Take My Life And Let It Be”

“I Love To Tell The Story”

In lieu of flowers, memorials may be directed to St. Paul Lutheran Church in Sheldon or to a charitable organization of your choice.

Wilma Marie (Behrens) Ransom, the daughter of August and Marie (Woelber) Behrens was born September 6, 1936, on the family farm near George, Iowa. She attended Garfield No. 6 Country School and graduated from George High School. She went on to attend Wartburg College in Waverly, Iowa. From 1956 to 1958 Wilma was an elementary school teacher at the Paullina Public School. Wilma met Donnie when living in Paullina. From 1958-1959 Wilma taught at Sibley, Iowa. On July 5, 1959, Wilma was united in marriage to Donnie Ransom at St. Paul Lutheran Church in Hull, Iowa. They lived in Sibley for three years until moving to Long Beach, California where Wilma completed her college education from California State College. In 1965 Wilma and Donnie moved to Akron, Iowa where she retired in 1998 with a total of 42 years of teaching. In 2004 Wilma and Donnie moved to Sheldon. Donnie preceded Wilma in death on June 25, 2021 and after his death Wilma moved to New Perspective Senior Living in Mankato, Minnesota on September 8, 2021 to be near her sister, Betty Schisel and family. Wilma passed away at Oaklawn Care Center where she was there for short-term therapy reaching the age of 86 years and 17 days.

Wilma was an active member of St. Paul Lutheran Church in Sheldon. She was a blood donor for the Red Cross of Siouxland Blood Bank. She enjoyed helping with the planning of family and high school reunions. Family gatherings were very important to Wilma. Wilma enjoyed a Martin Luther Tour with several family members. During Donnie’s final years, Wilma was his special care giver. Donnie and Wilma were married almost 62 years.

Wilma is survived by a brother, a sister, in-laws, nieces, nephews, and friends.

Wilma was preceded by her parents, husband, brothers, sisters, and in-laws.

To order memorial trees or send flowers to the family in memory of Wilma M. Ransom, please visit our flower store.